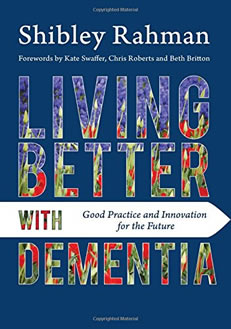 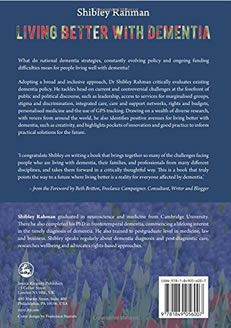 I was honoured to be asked to compère the launch event today for two upcoming Jessica Kingsley publications – ‘Living better with dementia’ by Shibley Rahman and ‘What the hell happened to my brain?’ by Kate Swaffer.

‘What the hell happened to my brain?’ is due to be published by the end of 2015 and charts Kate Swaffer’s experiences of living with dementia. Kate was diagnosed with younger onset dementia at 49 years old, and is a high profile advocate for people who are living with dementia. You can read more about Kate’s work on her blog: http://kateswaffer.com/

I wish Shibley and Kate every success with their hugely important books that I’m sure will be widely read and appreciated.

Great intro @bethyb1886 – ‘no better way to learn about dementia than from people with dementia’ #best2dementia📚s pic.twitter.com/Q7nXZTDAka